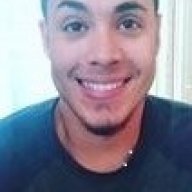 My name is Kendrick Salazar I haven't been on this forum in quite some time but still am a big fan of this forum love hustlers and the shared love for the grind.

Background I went to school for engineering and computer science then dropped out because I just couldnt stop dreading the idea of having to work for someone and for some reason schools purpose just never really connected with me even though Im obsessive about learning more knowledge specifically marketing, investing and business.

Did a whole variety of jobs cleaning, warehouse, retail (god bless those people) and a shit load of others. Ended up taking a trade course and became a welder. Got a welding job and starting building submarines at 19 for the navy where I would be for 5 years.

While I worked as a welder my addiction for learning more and more about business grew. I read all the business staples rich dad poor dad, think and go rich, unscripted , and other great reads. Took courses and workshops.

Still lacked one key element. Massive action the books and courses do not mean shit if you dont act on them. I was one educated broke F*ck and only had scars on my shoulders from molten metal falling on me.

So I started my first venture motivational business. I listen to motivational videos daily and would almost break the exercise bike from how pumped I would get at the gym. So I was like screw it let me be 22 year old motivation speaker great idea. Got an LLC and boom just like that lost $6,000. Lesson at a cost as I see it. Fact was I dont have enough experience and wasnt in a position to be motivating anyone. This of course came with a long list of many other business ideas / ventures, selling yardsale items on ebay, welding gym equipment, and a list of many more that I had tried prior. I still have most of the items I bought from ebay. I have a book from 1860 I thought I could sell I still have the book.

This path was demoralizing and frustrating to say the least. I made excuses for myself. The list of excuses went on. Not enough time, no capital, dont know how to talk to people etc. I kicked myself in the end for it at the end. In the end I had take full ownership and own my shit. To learn and grow. The truth always hurts but its the only way to move forward.

Fast forward to me at 23. Now I decided to try service industries at first I decided to start a moving business but than ended coming across a friend that was starting a cleaning company. He had more experience in cleaning and I knew marketing and sales pretty well so we partnered up.

Him, another partner and I decided to work together. First contract I got doubled yearly revenue. I was able to secure a couple additional contracts as well soon after. Didnt take long for the issues with the third partner to arise. We were on the verge of potentially getting a $80,000 a year contract and the guy tells us he didnt want to clean any more and still wanted to get 35% of the profits. Note to fact this guy could barely speak english and he said an essential role he could do is pick up checks. Didnt know anything but cleaning which he now wasnt doing.

Prior to this I was the peace maker between my friend and this other individual. He had picked him to be a partner prior to me and had thought he would be a good asset due to his work ethic. Boy was he wrong. 3 days after an argument ensued. We tried to buy him out for $10,000 he refused. Lost $5,000 from the prior LLC and initial investment but it was better than having a bad partner. So we took our clients and started a new LLC.

Note I was still working as a welder while this was happening. The balance was difficult and it required alot of cleaning hands on from us.

Lesson from failed partnership
1. Make sure your potential partner can fulfil his/her part + is worth their equity
2. Set responsibilities for each partner prior to starting business
3.Make sure your goals and intentions align

Many of the contracts they had gotten prior to me were subcontracts which didnt make much due to amount taken out. So we ditched the subcontracts and focused on getting new direct contracts

1. Is the process I have them following broken?

2. Is the way I have them being taught this process broken?

3. If its not 1 or 2 its there character and you need to fire them

Do not keep the bad employees they will cost you time and energy.

My goal is to hit $1,000,000.00 by the end of this year. Then focus on franchising it and helping other people scale a cleaning business. Has been alot of work but anyone can do it as long as you hustle. Its just the beginning for me but key thing Ive learned is you have to be patient. Keep working hard and focus on what makes the most return with your time.

Never give up and keep going no matter what. You decide how far you go.
Don't like ads? Remove them while supporting the forum: Subscribe to Fastlane Insiders. 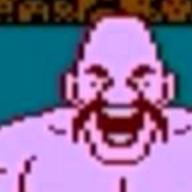 Cool. I've been through a good number of the things you mention here. Keep up the good work... you're in a valuable and necessary business!
Progress: [Insiders] Doing The Next Thing After The Other Next Thing...
Controls: [Gold] Your ticket to unlimited vacation and no stress!
Discipline: [Gold] Taming the octopus...

Rabby said:
Cool. I've been through a good number of the things you mention here. Keep up the good work... you're in a valuable and necessary business!
Click to expand...

I appreciate it brother