Say "NO" to mediocre living rife with jobs, ascetic frugality, and suffocating savings rituals— learn how to build a Fastlane business that pays both freedom and lifestyle affluence. Join our forum with more than 70,000 entrepreneurs who are making it happen.
Join for FREE Today
Get the books
Remove ads? Join Fastlane INSIDERS
(Registration removes this block)
Anything related to matters of the mind
Sort By Best Posts
O

A friend shared an email with me yesterday.

I thought it was stupid, I've tried doing things while afraid and to tell the truth I'd rather do them when I'm not afraid, it's so much easier and the chances of screwing it up(or dying of heart attack) is significantly lesser.

But then sometimes, if not most times, you can not help getting scared, especially when you are about to do something really important.

So what can you do at those critical moment? Well you could quite, or just do it( which is just as bad) or you could negotiate with yourself and sweeten the deal for your mind.

For example here's how I got myself talk to my girlfriend(before she became my girl friend) the day I saw her.

I've been watching her for a few minute she seemed to be in a good mood, I imagined what it would feel like talking to her, exchanging numbers and sh** like that.

I was still in my lah lah land when a voice in my head said "hey you could go talk to her right now. look, she seem happy"

Now if you are afraid of height you would be familiar with the feeling I had when that thought came, it felt like I was at the peak of one those really tall building and a stranger was dragging me to the edge.

to say I was mortified is an understatement, because, even right now as I type this, I still haven't really understood what went off inside my head.

I was defeated before I even started. but guess what? I did talk to her and we are still dating and it's been 3 years.

What your about to read is....how i convince myself to literally do anything( aside from standing at the edge of skyscraper)
NOTE: I'm not saying that this would work for everybody, I said it worked for me.

So What I do is frame the situation as a win win situation and the only way to lose is to not do it.

Whatever the outcome is, as long as I do it, I win.

For example when I saw my girlfriend I could have framed my approach as a win or lose situation (i'm very risk avers) but instead I thought, I will go talk to her if she's nice I would get her number and increase my liklyhood of seeing her again.

If she is mean,
1) I would learn how not to talk to people 2) me and my friends, we love sharing tales from our misadventures, so if she blows me off I would have one hell of a story.
3) I won't have to regret my inaction.

if I walk away, I would lose a poential story, regret my inaction and probably die lonely and depressed.

So the only way to lose is to not do anything.

Then i tweaked my posture so I would appear confident, and reasoned to my self that if she's rude to me, I would just talk to another girl and she'll lose the opportunity of knowing a guy like me.

I'm not saying that all my fears desiappeard after those thoughts, a part of me was still resisting the idea but now I had control over it.

I've done this so many times that it has become the default mode of my brain
Plus, now I can approach every deal with an you need me I don't need you mindset( you can also call it the NEXT mindset)

I would talk more about it and how to use it in marketing, depending on how this one is received.

Hey and by the way how's my grammar? I've been working on it for a while. I want to stop using grammly software for my freelancing gigs because I'm becoming too dependent on it.

Owl man signing out.
Don't like ads? Remove them while supporting the forum: Subscribe to Fastlane Insiders.
Last edited: Sep 15, 2018

The Abundant Man said:
Confidence is nothing...

Yea agreed. But that isn't actually the entire post. I posted an incomplete version, so that I would have no option but to complete it, because people will perceive it as weird if I leave that way, and I wouldn't want the to happen. If I didn't do it like that, I would probably no be motivated to finish it because I hate typing on my phone.
I hope you understand? 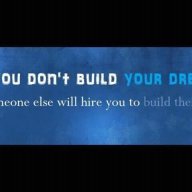 Pretty cool. This is like weighing the pros and cons and realizing the pros outweigh the cons. Or, even that the downside to something is not even really bad. I've done this myself too but I have not been consistent. It does work. It is always good to give yourself positive reinforcement. Once the negative thoughts come in it always makes the situation worse.
Don't like ads? Remove them while supporting the forum: Subscribe to Fastlane Insiders.